The GraphoGame mobile learning game can teach the basics of reading in different languages. Our intention is to launch 10+ GraphoGame language versions starting from year 2016. The game is fun to play and engaging for the intended age group of 5 to 9 year old children.

The Unesco Education for All Global Monitoring Report says that:

All these children could get a great start by learning to read with our GraphoGame method! Now, how cool is that?

And what we have in our hands is not just a vision or a “minimum viable product”. The method is already in use in Finland since 2007, with more than 300 000 registered users. The Finnish little brother of GraphoGame is called Ekapeli, the “first game” that all Finnish children use in school or at home to learn the basics of reading. The service is supported in Finland by the Ministry of Education and Culture.

And please sign up to our newsletter for upcoming releases!

The United Nations Educational, Scientiﬁc and Cultural Organization has made an agreement with the University of Jyväskylä about a UNESCO Chair on Inclusive Literacy Learning for All. The University has appointed Professor Heikki Lyytinen as UNESCO Professor to work for this global goal, and the Agora Center coordinates the actions.

Recent reports of international development have revealed new crises in African schools. The number of children with school access has increased but actual learning outcomes are poor or non-existent. Globally 130 million children have remained illiterate despite several years at school. Even graduating primary school does not ensure that basic literacy skills have been acquired. While there are multiple reasons for these shortcomings, it is obvious that learning outcomes will not improve without stronger emphasis on evidence-based policies, scientifically valid instruction methods and effective teacher training programs.

The mission of the new UNESCO Professor Heikki Lyytinen is to help children globally, specifically in Africa, to learn to read. Although it may seem surprising in the African context, the new approach for promoting literacy and providing learning materials for children and training materials for teachers is by using mobile technology such as mobile phones and tablets. It is acknowledged that in Africa most people use mobile phones for reading and writing. Very few have books but majority have mobile phones and are increasingly using the internet with them.

– Information on learning to read and reading materials in African languages should be available for free. This can be best secured if we use the modern mobile technology, Lyytinen confirms. Mobile game-based learning is also a known Finnish strength.

For this purpose, the GraphoGame™, a mobile game-based learning method is developed by Lyytinen’s team in the Agora Center of the University of Jyväskylä, together with the Niilo Mäki Institute. The method has been proven efficient already in Finland nationally, and in several other countries in pilot studies. The method is based on new scientific understanding of learning to read: literacy instruction methods need to be language-specific and matched with the type of orthography in each language.

There are many challenging factors in African schools but lack of scientific knowledge should not be one them. Quality in education cannot be improved without capacity building in human sciences. Scientific research on learning has to happen in Africa by African people to ensure that the results are meaningful for the local societies.

– Educational challenges in Africa will not be conquered without multidisciplinary, international scientific research in human sciences. Supporting young African scholars in their career is of paramount importance, Heikki Lyytinen points out. The first two African scholars defended their doctoral dissertations related to our GraphoGame™ activities in August 2014. (Read more here and here )

– To reach our goal, we have established the GraphoWorld Network of Excellence together with top researchers throughout the world, says Professor Lyytinen. – However, our goal is enormous and we are constantly seeking for additional support and resources. Welcome to join this collaboration and dialogue on language, literacy and learning, and ICT-solutions for promoting literacy in African languages!

Read more about GraphoGame™ and activities in Africa:

The Agora Center from the University of Jyväskylä exhibits its research results in educational games at the BETT 2015 exhibition in Excel, London on January 21-24. BETT is the world’s leading international event on learning technology, hosting about 25 000 expert visitors each year.

At BETT, the Agora Center specifically focuses on the newly published English demo of the GraphoGame, a literacy learning game that has been utilized nationally in Finland for years with remarkable results. The free-of-charge demo game is now available in Google Play. In addition to GraphoGame, the Agora Center is presenting results from FUN, a collaborative project between Finnish and American partners focusing on game-based learning of science and mathematics. The FUN project result video was launched during the BETT show in YouTube.

– Hundreds of thousands of children have learned how to read with the Finnish GraphoGame. We want to offer this efficient and fun learning possibility to all the children in the world, envisions Professor Heikki Lyytinen, developer of the game.

– Naturally, literacy instruction is language-based, and therefore we have a network of world-leading researchers to support us in developing new language versions.

In the UK, our collaborator professor Usha Goswami, Director of the Centre for Neuroscience in Education at the University of Cambridge, leads a project that looks at how developing phonological awareness through rime analogy using the GraphoGame can affect how children learn to read.

– We have received support from the Finnish Funding Agency for Innovation for development of the international GraphoGame and its distribution, tells Mikko Pitkänen, head of project management. At BETT, we have had plenty of interested visitors from various countries. We have found not only customers but also new collaborators.

We are now looking forward to people downloading and trying out the free GraphoGame demo, and please give us feedback! 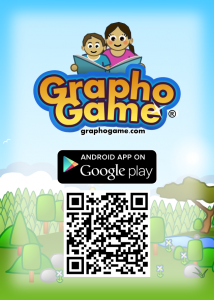 Download the GraphoGame Demo or come and visit our  stand E55. We have had the pleasure of meeting hundreds of interested teachers and collaborators.

The demo is just a starter for what we will be providing for primary learners of reading and literacy. We have 20+ language versions in R&D and are preparing a product launch this year.

Stay tuned for news and releases by signing up for the GraphoGame newsletter via email! You can also follow our social media in Facebook and Twitter  for online updates from #BETT2015.

Improvement of literacy levels and quality in education cannot happen without collaborative, interdisciplinary academic research on interconnectedness of language, literacy and learning. Interaction of language and reading acquisition is still poorly understood and scientific knowledge of this theme is urgently needed in multilingual African countries.

We believe improvement of education quality and learning outcomes depends on not just collaboration with wide range of academic fields but also with artists in literature, audiovisual art and game programming. Scientific solutions and evidence-based practices need to be created but we also need to seek new ways to distribute the knowledge and learning opportunities globally to all learners.

We wish to invite to Global Literacy Working Group presentations from students and researchers from all fields of academic research who seek answers to following questions:

Deadline for submission is 15.09.2014.  For more information, please see the call for papers.

The Minister of Education in Namibia, Dr David Namwandi made an announcement late last week regarding the long awaited changes to the education system. Of special interest is the extension to the number of years in which mother-tongue instruction will be offered.

According to The Namibian, a local newspaper:

“Mother-tongue instruction will be introduced from pre-primary to Grade 4 level, with a transition to English in Grades 5 to 6 to allow children to cope with English as the medium of instruction further along.”

Amongst changes to the Namibian education system is the change to the structure of the school phases, making pre-primary compulsory and moving grade 7 to the secondary phase; free secondary school education will commence in 2016 (free primary education was introduced in 2013); and vocational subjects will get a stronger emphasis to provide learners with more career options.

This is a step in the right direction and hopefully the learners will bear the fruit thereof, especially learners in the lower primary phase, who will have a longer period to learn in their mother-tongue. A positive impact on the quality of their reading is expected.

For more information, please read the full story in The Namibian

Researchers aim to validate GraphoGame™ Pinyin version for children in China during year 2014.

– Researchers from Beijing Normal University have done great work on the Pinyin version of GraphoGame™. We are proud to announce that the preliminary results are very positive, says Professor Heikki Lyytinen, from University of Jyväskylä, Finland.

The common goal is to develop Pinyin and Character versions of GraphoGame™ for children to learn to read in Chinese. These language versions are developed in collaboration with Beijing Normal University and University of Jyväskylä as part of the Grapho Learning Initiative.

Currently the GraphoGame™ provides an optimized instruction for learning the skill of reading Pinyin symbols.

GraphoGame research group is currently visiting Beijing, China as part of an academic delegation, led by Minister of Education and Culture of Finland, Ms Krista Kiuru.

GraphoGame™ is a child-friendly computer game that helps children to learn the basic letters and their sounds. This skill is vital for learning to read. Our aim is to provide GraphoGame™ for children in Chile during the year 2014.

The University of Jyväskylä has a joint research project  “Predicting and supporting reading acquisition via computer games for children at risk for dyslexia” with the Chilean colleagues from the Pontificia Universidad Católica de Chile, Centro de Desarrollo de Tecnologías de Inclusión (CeDeTI) with the lead of Professor Ricardo Rosas. The joint project that is ending this year is funded by the Academy of Finland and CONICYT.

– We are today pleased to announce preliminary results from the Chilean version of GraphoGame, says professor Heikki Lyytinen from University of Jyväskylä.

The results show that children who played GraphoGame™ Chile improved significantly their basic skills for reading in comparison to children who did not get to play the game. After six hours of playing their letter sound recognition skills were significantly better.

– These children are from public schools and have  a relatively low socioeconomical background. Their parents have maximum of 9 years of education and monthly salary is about  332-500 US dollars, says professor Ulla Richardson from the University of Jyväskylä.

The game was developed in Finland in the interdisciplinary Agora Human Technology Center of the University of Jyväskylä in collaboration with the Niilo Mäki Institute. It is based on the scientific follow-up study of Finnish children at familial risk for dyslexia from birth to reading age which professor Heikki Lyytinen started in the early 1990´s.

Research on the efficiency and validation of new language versions continues in several countries.

We have given up the use of grapholearn.info and info.grapholearn.com domains and are concentrating on developing graphogame.com. We hope you find what you are looking for and like the new layout.

Special tip for researchers: to login to the “GraphoGame Server” you find a link at the top of each page.